Would you like to switch to the accessible version of this site?

Don't need the accessible version of this site?

In Memoriam of Dr John Enger 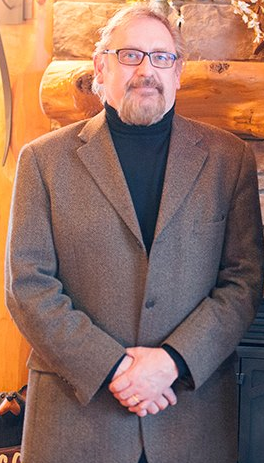 Dr. John M. Enger (“Doc”) son of veteran John Enger Sr. and Jane Enger was born December 9, 1958,on the Airforce Base in Grand Forks, ND. Doc moved throughout the United States while his father served our country. Doc went to Villard, MN, High School, graduating at the top of his class while being a three-sport athlete. After high school, Doc attended The University of Minnesota (Morris), graduating in 1983 with a Bachelors of Science in Biology. Post undergrad, Doc attended Des Moines University, graduating in 1987 with a Doctorate of Podiatric Medicine (DPM).

While in medical school, Doc was introduced to Elizabeth Farrell while she was attending nursing school in Des Moines and married in 1986. The couple moved to San Francisco, CA, until Doc finished his residency. Doc and Liz, wanting to be close to family and friends, decided to move to Albert Lea, MN in 1988. Doc purchased the Community Foot Clinic from Dr. Loring Stead, then built a new Clinic near I-90, which became his ship that he was captain to.

Doc became a prominent figure in the community rapidly because of his passion for treating, healing, and counseling anyone and everyone. His patients truly adored him. Furthermore, his sense of humor, compassion, empathy, dedication, and knowledge changed, charmed, and saved many people's lives. Not to mention, a work ethic that was unmatched.

Doc, with his love for basketball, coached youth boys and girls through the Elks program and AAU. Also, Doc was a member of the Sons of American Legion and a Corvette Club.

Doc was extraordinarily close to his family. He cherished all the moments with his wife and three children Jordan, Kristen, and Ben: never ceasing to surprise Liz with loving words, flowers, vacations, and most importantly, comfort. Doc brought his family on many ski trips, motorcycle trips, and vacations that remain priceless memories for the family. Doc spent his life teaching his children what it meant to have a duty on this earth; how to be a good human being; and how to treat others. Every trip, dinner, car ride, or gathering was a life lesson. Not only did Doc teach life lessons and philosophy on how one ought to live, he practiced what he preached, consistently. His youngest son, Ben, refers to him as a “life savant” or “eclectically wise.”

Doc’s selfless life will forever live on to be a testament to what it means to walk this Earth according to God. The lives he has touched, the lessons he has given us, will undoubtedly live on. If every community had a Doc Enger, the aggregate effect may actually lead to a peaceful world.

Find us on the map